A newly admitted student of the Federal Polytechnic, Bauchi, has died after being stabbed by suspected thieves in Jos, a week after celebrating her birthday.

The deceased student identified as Wunato Esther Chuwang had just gained admission to study Computer Science. She was attacked on her way to a religious gathering on Friday night by some men who tried to snatch her phone around Tina Junction, Angwan Rukuba, Jos. 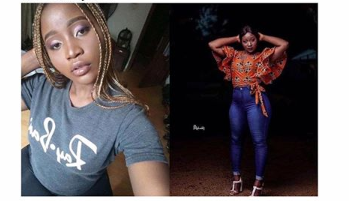 She was reportedly stabbed by unknown men who boarded the Keke Napep with her and died on the spot. Esther had celebrated her birthday on August 28, 2020. Rip to her.