Niger State House of Assembly Committee on Education, Science and Technology has said only 7 percent of the N840.516 million education allocation of the 2019 budget was released to the state Ministry of Education.

Chairman of the Committee and Member Representing Paiko Constituency, Malam Suleiman Gambo revealed this during the presentation of the committee report at a plenary in Minna on Wednesday. The committee was mandated to perform oversight functions by interacting with stakeholders involved and also visit affected schools to determine the level of development and areas that needs improvement. 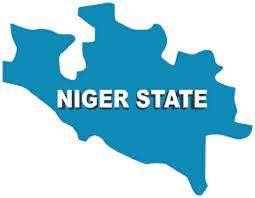 Malam Gambo said the state government spent N1.3 billion under the Whole School Development Approach to renovate nine schools. He, however, disclosed that three out of those schools are yet to be completed. The chairman stated that the committee found many primary, junior and secondary schools dilapidated, revealing that it was caused by neglect and disasters.

He listed the schools not renovated to include; Government Day Science College, Baro, Government Girls Secondary School, Tegina and Mu’azu Ibrahim Commercial Secondary School, Kontagora. Gambo added that about 70 percent of pupils in primary schools sit on the floor due to inadequate furniture.

Speaker of the House, Mr Abdullahi Wuse read out the recommendations of the committee, advising the ministry of education and state SUBEB to ensure the development of the education sector and properly monitor the rehabilitation of schools especially in rural areas as this will reduce cost.